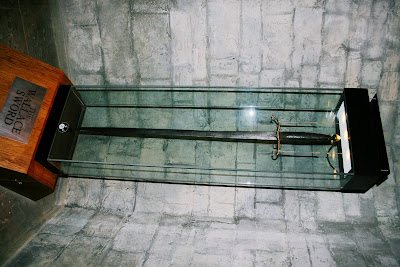 The actual sword that William Wallace used to fight at the battle of Stirling bridge. Sorry it is sideways. The Sword was taken from Wallace when he was captured. Wallace was executed and the sword was kept by the English until it was donated at a later date to Scotland. 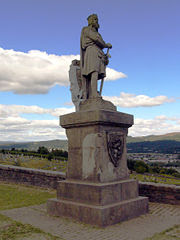 "He who holds Stirling-Holds Scotland" This is why two of the greatest and bloodiest battles in Scottish history were fought in the shadows of Stirling castle. The first by Wallace in 1297 at the bridge and the second by Robert the Bruce at Bannockburn in the year 1314. The statue is of Robert the Bruce. 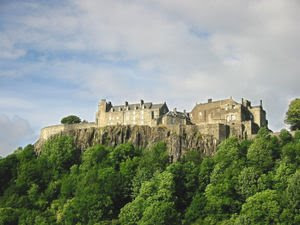 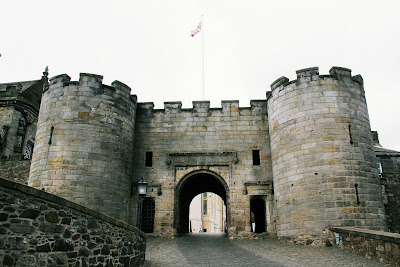 The inner hold of this castle dates back to the 1500's. Pretty cool place. We toured the dungeon area, and all of the different fortifications. This place is way cool. 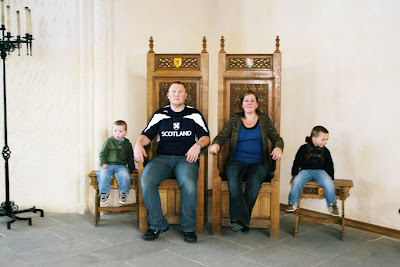 We took our place at the throne of Stirling Castle. This room was a gigantic hall, just like you would imagine in the old English movies where they would have a dance or court. It had at least 4 or 5 huge fireplaces with flags or royal banners hanging over them. 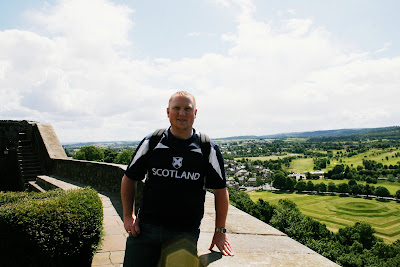 The castle literally rests on a cliff. on the other side of that wall Im sitting on is a steep cliff. It had to be close to 500 feet. The misshaped grass behind me is the Kings garden. This castle has the most amazing view of the entire valley. You can spot all of the battle sites from the castle hill. 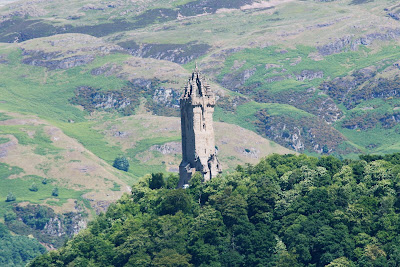 This is Wallace monument. This is the resting place of his sword. The tower oversee's the battleground of Stirling Bridge. There are homes built there now, but you can get a good idea how it all went down.

Posted by ABBOTTLAND at 3:03 PM