Last Saturday we were lazing around like any other Saturday and I was trying to explain to my boys why they couldn't just watch t.v all day long. I told them they needed to get outside and get dirty and toughen up. My two sons are not your average rough and tumble, dirt lovin boys. Don't get me wrong, they love to wrestle, sword fight, gun-sling, play football, but they don't like to get dirty or work hard. I want them to toughen up a little bit more. So, after that conversation, we decided to head up to Mount Charleston, which is literally 10 minutes from our house. It takes about 30 minutes to drive all the way up. It was a perfect day, 70 degrees up there. We decided to attempt the Mary Jane Falls Hike, which I only found out later is a 2 mile, 1,000 foot climb. As the trail began to get tougher, we considered turning around and heading back. The trail was very busy and we kept passing lots of people on their way back down. When they saw us (Lucas with Isla in a baby backpack, the boys trudging along, and me dragging Niamh who was crying that she couldn't walk and was too tired)many of them gave us sympathetic looks and told us it was a very hard trail and some of them looked at us like "there is no way that you will be able to drag these kids up this mountain." That was all the fuel Lucas and I needed. We kept going, despite the crying, whining and complaints that it was too hard. It was such a great feeling to get to the top and rest. The boys climbed in some caves and played in the small waterfall. Niamh sat and cried for a while and Isla played in the dirt. We spent about 10 minutes there and then headed back down. The way down was much easier. I know when Lucas woke up that morning, a hike up Mount Charleton wasn't on his agenda, but I know that showing my kids that they can do anything, if they just push themselves and enjoy the journey, made a difference that day and hopefully it made them a little toughher. 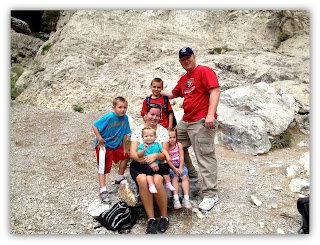 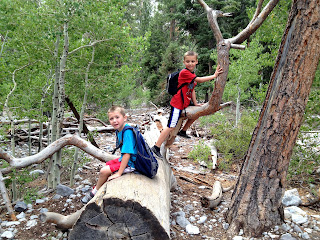 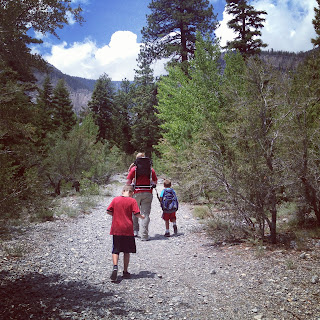 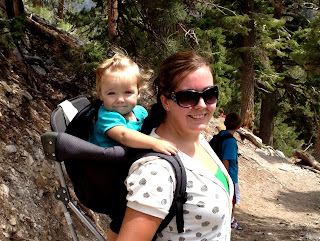 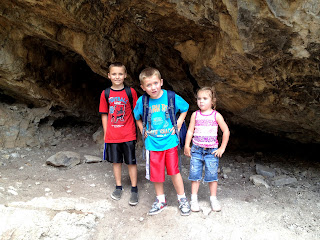 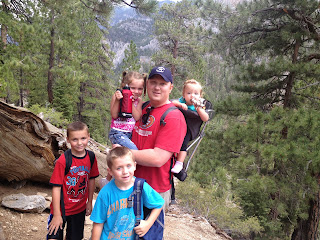 Posted by ABBOTTLAND at 9:05 AM

Ah you're your mothers daughter, Sharon!! Haha seriously this post had Mam written all over it! I love that you guys did that though and I am sure the boys learned a good lesson. Beautiful pics and no doubt the fresh air was lovely. Loves