Happy New Year to you all! We are excited for a new year of possibilities and new goals to be accomplished. Lucas is moving from the SouthCentral Area Command (the strip) to the Southast Area Command. He is very excited to work at this new area, which happens to be the area where he grew up. He is that more excited that his mom and dads house is right across the street from the station, so he can pop over now and again. It is a little closer to home, so we are very happy. He is still working graveyard and still has the same days off. So, as far as the sick kids go, we had Gavin at the ER last week with Croup and a high fever. Both Tyrone and Gavin have had that nasty cough before, but Gavin scared me because he was wheezing so badly and could barely catch his breath. He got a breathing treatment and some Tylenol for his fever and was sent home after a few hours. He has had a lingering cough for a week now. I am so sick of telling him to "cover his mouth" when coughing. Then at the same time Gavin had croup, Tyrone had this nasty phlegmy cough and a constant runny nose, which he insists on wiping with his tongue. He has had that for about 2 weeks and that's not going anywhere either. Then this morning, we got up early because our church time went from 2pm to 9am, which we are very happy about. We were sitting eating breakfast and I noticed that Tyrone has pink eye, in both eyes. Yep! So, I staying home from church with Tyrone and Niamh. Does it ever end?????? I guess it's the season for it. I should be grateful, Niamh has not gotten sick, fingers crossed. Niamh is doing great. She is so happy and loves to smile. It melts my heart. She loves to coo and trys to talk to us all the time. When she is laying on my pillow in our bed, she tries to sit up. She is very smart and was upset at her daddy the other day and when he tried to burp her, she dug her nails in his neck and left a scratch. Hopefully that fiestiness is not from me :) She will be 3 months on the 20th of January. At her 2 month appt, she weighed 12lbs 8oz and she was 23in long. Gavin and Tyrone just love her and try to make her smile all day. It's precious! 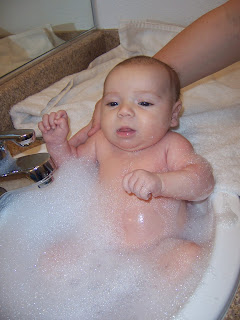 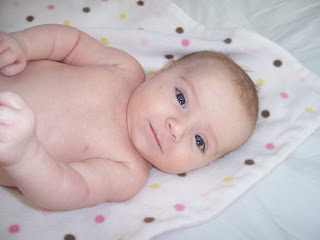 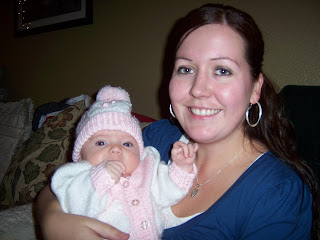 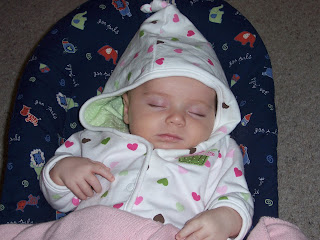 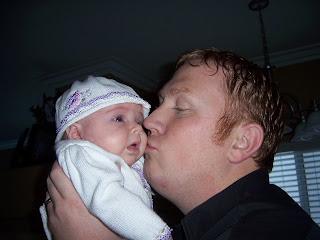 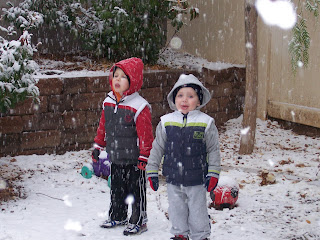 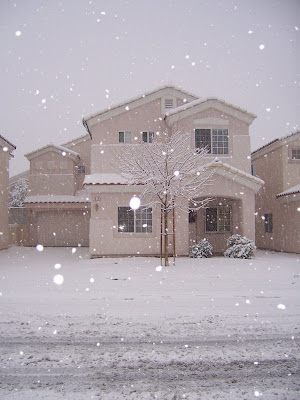 Cute kids, Beautiful wife- Happy Family!! It was great running into you at the temple. We'll be checking in on you via blog. Let us know if you want to visit us in Philly!

Oh I hate Croup! This is the first year, so far, that Dom hasn't had croup or Bronchiolitis. He did just have the flu for the first time (pukes).
Niamh is growing so fast! Our little Rose is still so small but healthy. I don't know if she's 10 lbs yet?
She will be 3 mo on the 21st.
Nice snow! LOL!
You should checkout Spokane! It's insane; the snow!

First off I love the new picture on your header! You have such a beautiful family! I'm SOOO sorry to hear how sick everyone was. That really is the worst! Croup can be so scary too. I'm glad things got a little better...kinda. Seriously, if you need any help at all just let me know! Little Niamh gets more beautiful everytime I see her! I need to hold her :)

Ugh! Sick kids! I feel like we have been fighting that for the last month. Nothing like yours though.

I am so thrilled to be on the 11:00 church schedule. We are not fans of the 2:00 either but 9:00 is pretty early for us. Anyway, please tell Lucas sorry for being very anti-social yesterday. We were running late as usual. :-)

Nice hat in the header picture Lucas! I doubted if you had really converted to being an irishman...but now I know its true. Really though, you guys are looking great. I can't believe how many Abbott grandkids there are in that Christmas pic. You can tell exactly which Abbott they each come from. We love you guys and hope to visit soon now that school and football are over!

Cute pics! I love your family pic at the top. Your kids are adorable!

What a darling baby! Hope you guys had a great Christmas and New Years.