Tyrone is my child that is counting down his birthday for months before. He knows what he wants and he looks at the calender every day and counts down. Its exhausting and cute at the same time. He mentioned before Christmas that he wanted a Doctor Who party. It didn't surprise me that he still wanted a Doctor Who party at the beginning of March. This kid knows what he wants and he rarely changes his mind. For those of you who are wondering what or who Doctor Who is, I will explain briefly. [Doctor Who is a British science fiction television program produced by the BBC. The program depicts the adventures of a Time Lord, a time-travelling, humanoid alien known as the Doctor who explores the universe in a sentient telepathic time machine called the TARDIS that flies through time and space, whose exterior appears as a blue police box from 1963 London, when the series first aired. Along with a succession of companions, he faces a variety of foes while working to save civilizations, help people and right wrongs.] So, as you can imagine I could not find any Doctor Who party favors anywhere in Las Vegas. I could have ordered some for England, but I didn't want to spend any money on that. So, I made my own. I printed out images from google (what would we do without the internet) and made my own Dr. Who banner. Tyrone had a friend party on his actual birthday, we had pizza and an icecream cake. Then on Sunday, we had all the cousins, aunts & uncles over for cake and icecream. I made a cake and we tried to draw the top like the Tardis time machine. He had such a great birthday weekend and was so excited to have a sonic screwdriver just like the Doctor (again, thank heavens for the internet.) I can't believe Tyrone is 6 years old. He is so grown up and so smart. He is doing so well in Kindergarten and he loves to learn. He is like a sponge and always has a question. He is also so affectionate, he loves to give hugs and snuggle. We love our Tyrone Connor. 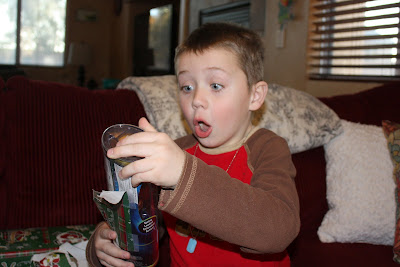 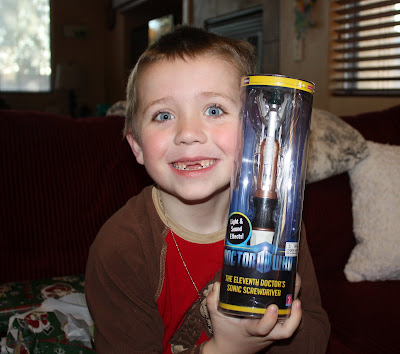 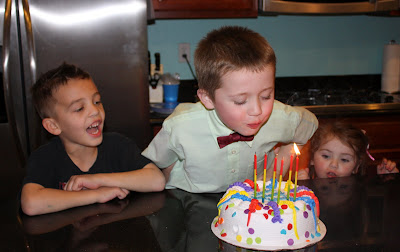 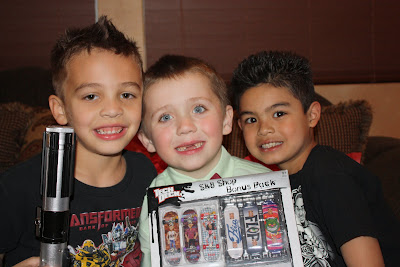 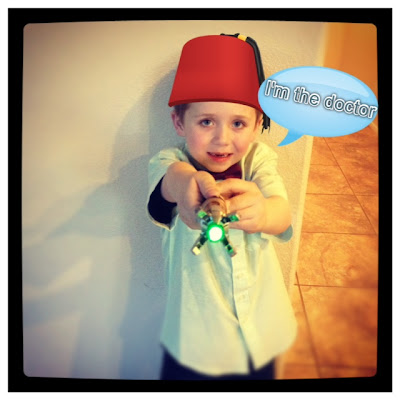 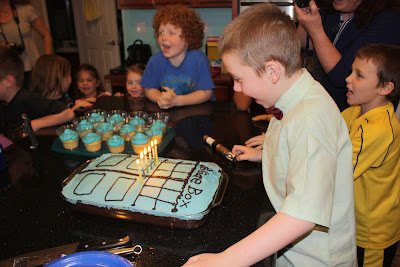 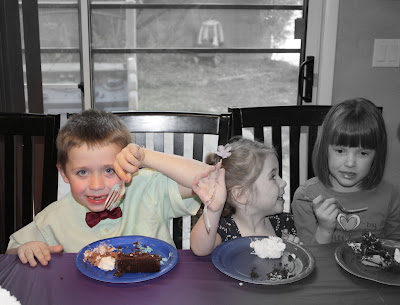 Posted by ABBOTTLAND at 1:46 PM

Great pics of the Birthday boy, I love the red bowtie :) Well done on the decorations biddy!!